Donations continue to arrive – many thanks to those that have donated so far.

The ride featured in the Kent Online Newspaper this week. Many thanks to Gerry Warren and the staff at Kent Online. 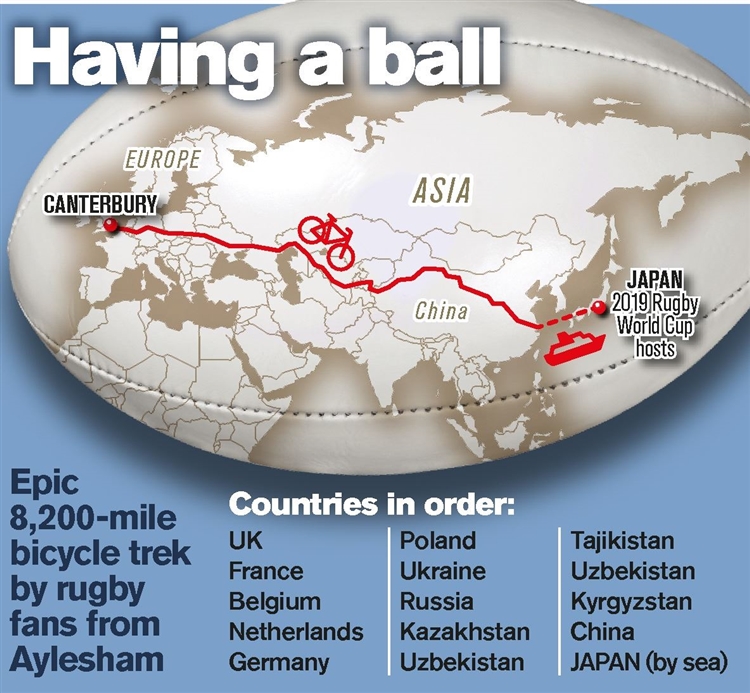 A trio of rugby fans will be heading off to see the World Cup in Japan later this year – by bicycle.

They are part of a six-man team who will complete the first leg of the 8,100-mile journey to Krakow before heading on through Russia and six other countries to their destination in the Far East.

The money will be divided between The Alzheimer’s Society, Fight for Sight, which funds research into blindness, and Slide Away, a Kent-based charity which supports bereaved children.

The riders are brothers Dale and Keith House and his son Linford, who will ride the full distance, and Carl Moses, Dave Austen, Cathel Bartello.

They will set off from Aylesham on June 12 and expect to arrive in Poland on June 20.

Dale, Keith and Linford, who plays for Snowdown Rugby Club, will then continue the epic journey, aiming to be in Japan for the start of the rugby tournament in September.

Dale, who has given up his job at the Port of Dover to take on the ride, admitted they had taken on a huge challenge.

But the team, who have call themselves Bike Rugby Japan, are no strangers to the challenges of long distance cycling. This year will be their eighth major challenge since 2012.

Previous tours having been to Scotland, Spain, Croatia, Switzerland, Italy, Denmark and Hungary.

“We’ve done quite a few long charity rides before, but this one will be by far the biggest,” said Dale.

“We will also be riding in quite a few remote areas and so will need to be prepared.

“But we are training hard with fully loaded panniers to ensure we are ready.

“It’s very exciting and going to be quite an adventure.”

The group’s support vehicle will be driven to Krakow by Roger Hadfield.

From that point onwards the House trio will be on their own for the next 7,000 miles.

To find out more, click here and to support their fundraising, visit here.

Apparently Linford was out on his bike last w/e and managed a staggering 10 miles. No photographic evidence exists though.

Last w/e the Touring bikes of Dale and Keith came out for the first time for an amble around SE Kent. 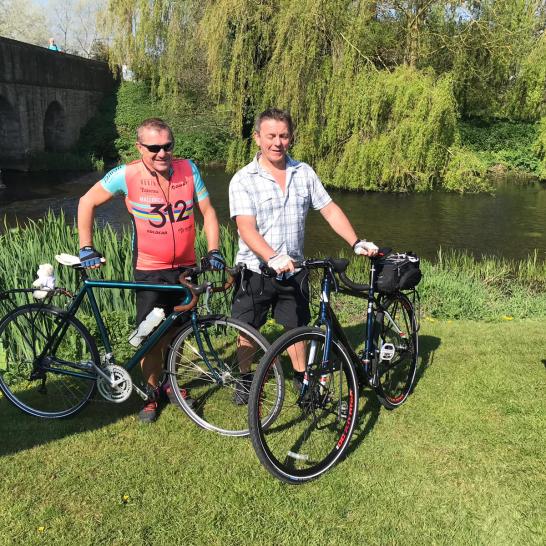 Naturally the ride involves some refreshment stops: this ride featured the Tickled Trout at Wye and the Smithies Arms at Elham.

Dale applies for his Russian visas, but Linford abandons the trip to London at Faversham as he realises he cannot leave his passport for 5 days as he’ll need it next week to visit Las Vegas!

No news as yet on the China visa applications.

Many thanks to those that have donated so far. The team are very pleased that 10%+ of the target has been raised so far. Onwards & upwards.

Snowdown Colliery Welfare Rugby Football Club finished the season on a high by beating Dover 51-12. Sadly Linford didn’t finish the game but instead aquired a Yellow and then a Red card. Oops.

With only about 50 days to go until departure of the Grand Tour he’s decided now might be the time to start some cycle training.

This w/e ardent spotters of the Lesser Crested Linford will be out in force.

In the absence of any cycling photos from last weeekend here are some photos from previous outings:

Keith got his Russian visa. 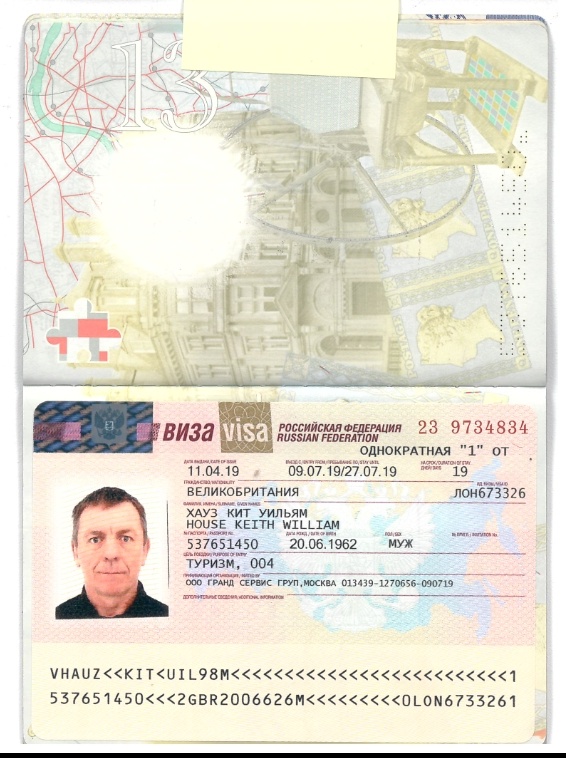 Looks like any other inmate of a Russian Gulag. Dale & Linford are making an appearance at the Russian Embassy this week.

Visas for China have been applied for.

Dale went over to Beveren in Belgium to pick up Steve’s Cannondale T700 for the Grand Tour. No doubt it’ll be getting a few upgrades before departure. 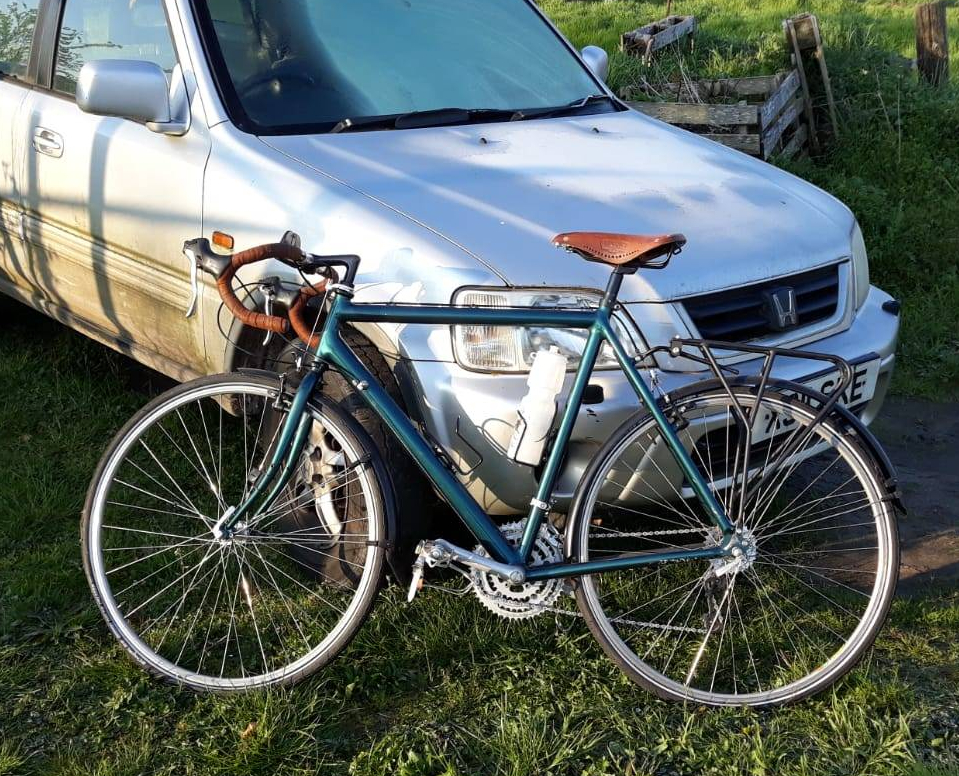 Linford also managed to find himself a bike for the tour as well.

It’s a Surly ‘Long Haul Trucker’ out of Minnesota, USA. Obviously it is yet to be tooled up with racks, panniers and fenders.

Many thanks to those that have donated so far.

Last weekend on April 6th the team (and others) were in Belgium for the Tour of Flanders Sportive. 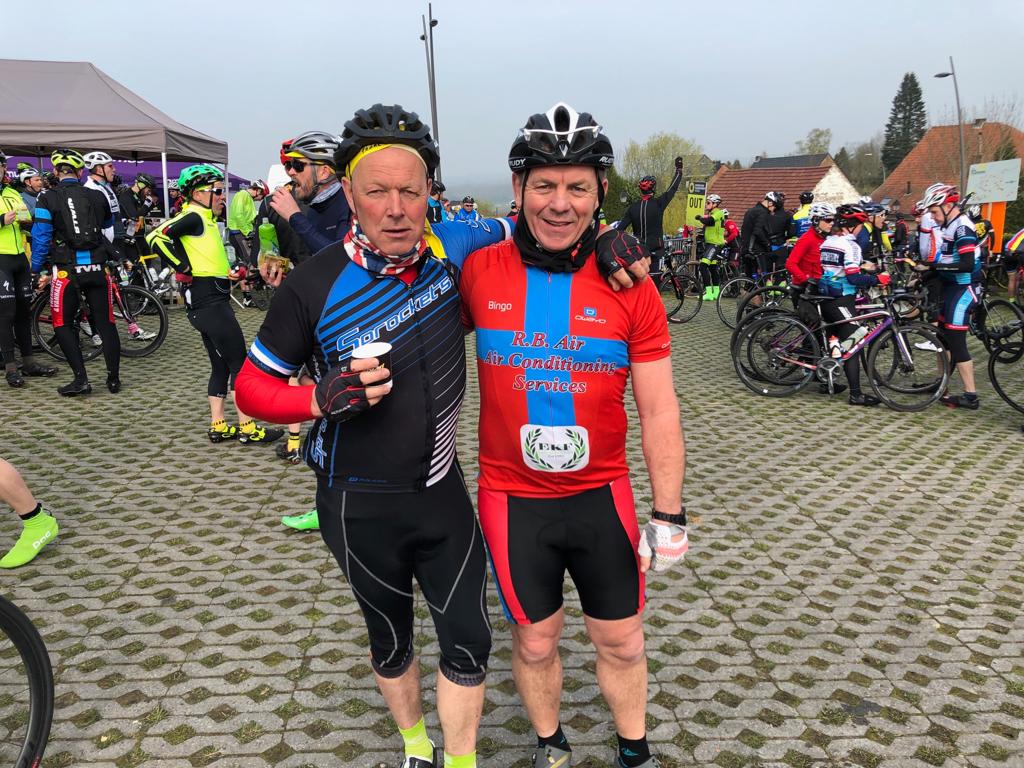 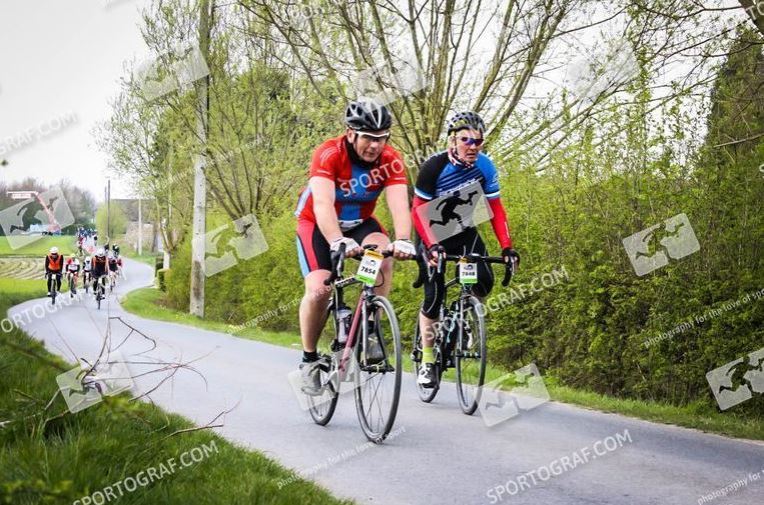 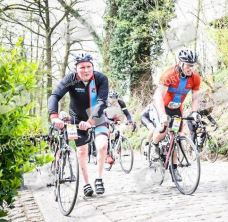 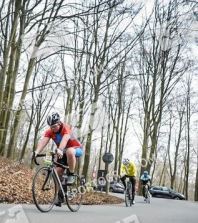 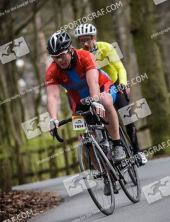 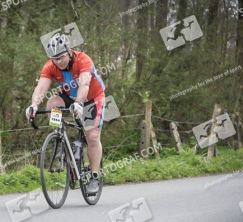 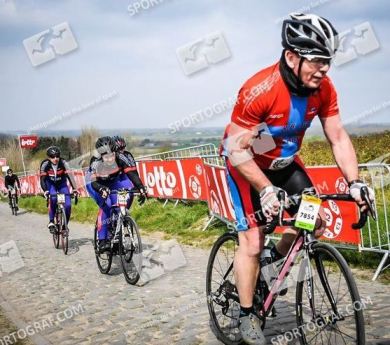 Keith at the Tour of Flanders 2019 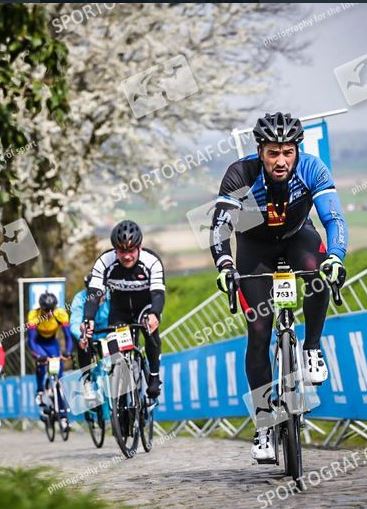 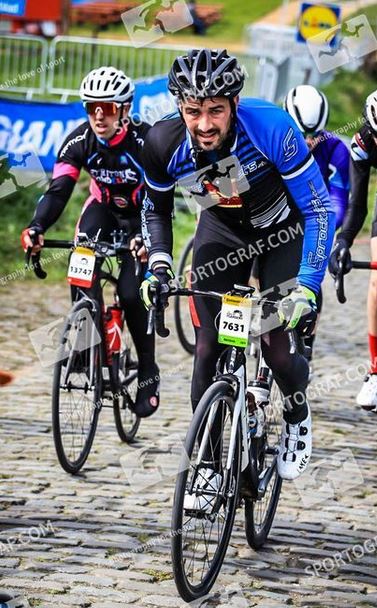 Cathal at the Tour of Flanders 2019 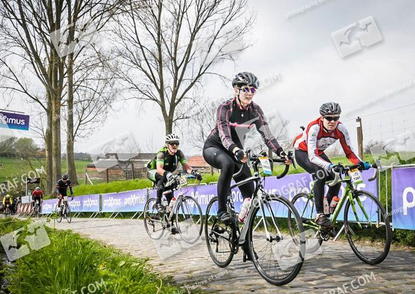 Everyone finished the 174km ride and enjoyed themselves thoroughly. Both the ride and naturally the well deserved beers afterwards. 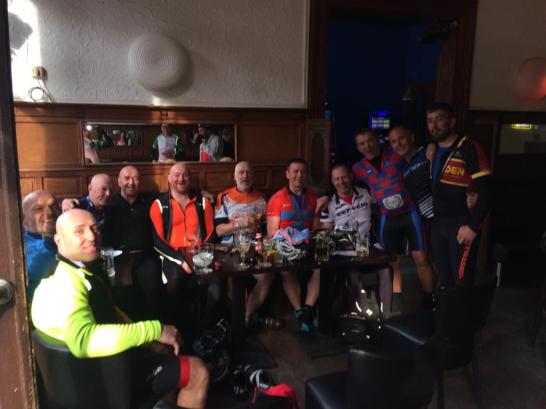 Keith applied for his visa for Russia this week and will pick it up next week. Dale & Linford will do the same soon now that the procedure has been verified.

Linford rustled up a new sponsor:

Digital Ibiza Rentals specialists in sound system and DJ equipment hire. The Go-To-Crew in Ibiza for all your music needs.

A big thanks to Nathan for supporting the team.

Dale has had the display board and banner printed. 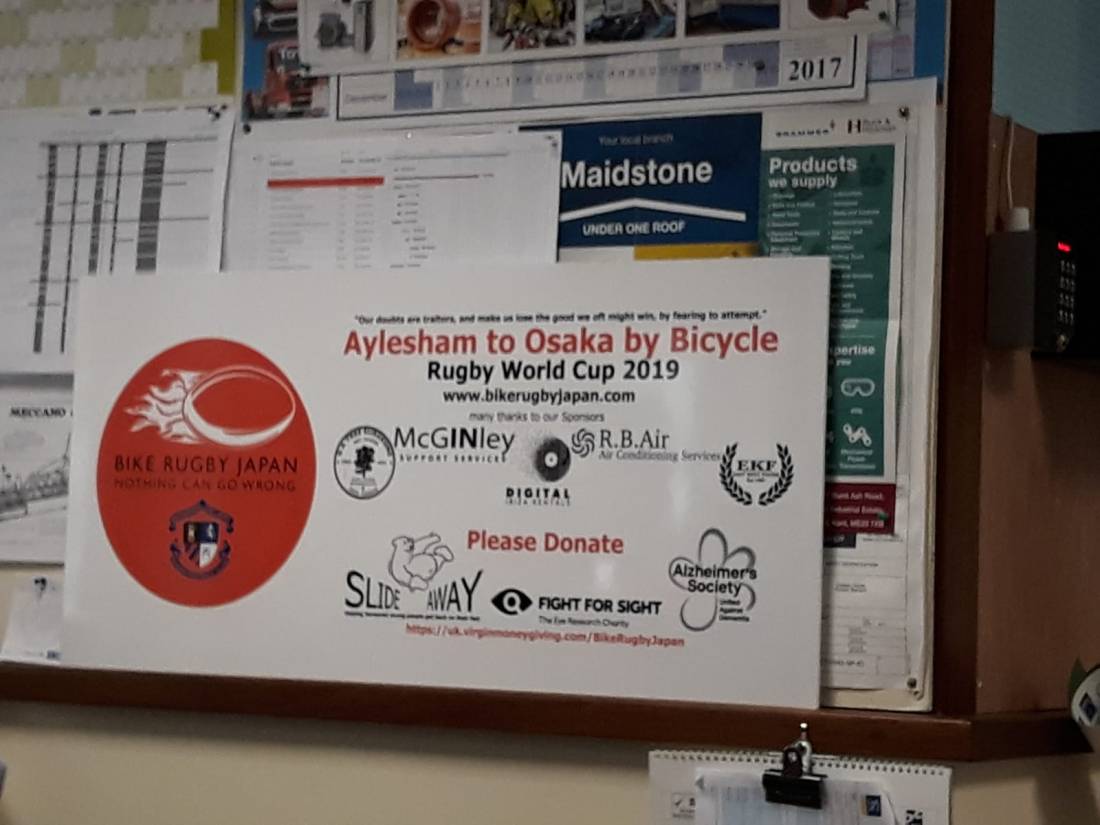 Linford has a new pair of wheels, but not a bike to go with them.

He’s looking at this one now and trying to persuade Dale & Keith just to take the one bike. His argument is that this way they wont lose each other on the road. 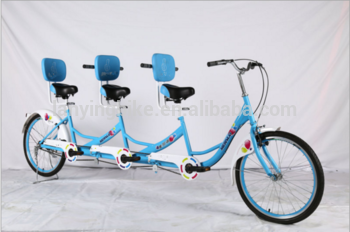 Many thanks to those that have donated so far. 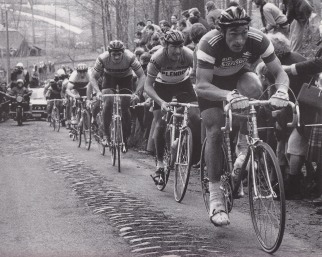 Last w/e on the Saturday Dale & Keith rode to Thanet and back to catch Snowdown Colliery RFC beat Thanet Wanderers 26 to 15: it was warm & sunny for the ride.

On the Sunday the weather had become bitterly cold and the rendezvous at the Two Sawyers at Woolage Green for a team photocall was abandoned by a variety of no-shows.

Naturally the diehards were in attendance.

Brenda at the pub has kindly allowed us to put a charity box on the bar for collecting cash donations for our charities. Thanks in advance for all those who contribute.

On April 6th the team (and others) are in Belgium for the Tour of Flanders Sportive.

They’ll be riding 174km (110 miles) in one day over many famous Flemish short, steep and narrow cobbled climbs including the Muur-Kapelmuur at Geraardsbergen, the Koppenberg, Oude Kwaremont and the Paterberg as well as a series of bone-rattling flat cobbled sections such as the Paddestraat.

A day at the race: Omloop Het Nieuwsblad: on the pave at Paddestraat. Kristian on the cobbles. 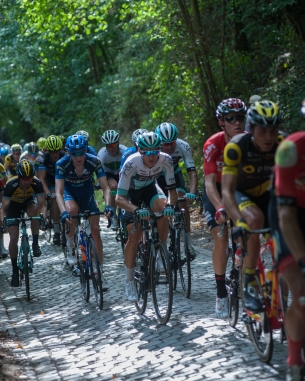 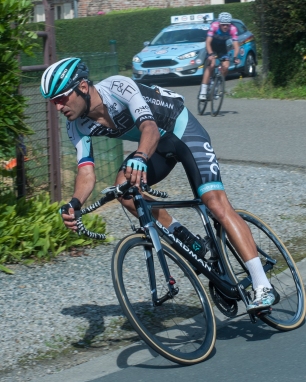 Kristian shows how it’s done: racing in Flanders for ONEPro in 2017

Here you can read about Bradley Wiggins showing you around the route of the Tour of Flanders.

No progress this week as our passports were required for travel to Belgium and therefore couldn’t be left at the Embassy.

Keith had a set of Ortlieb panniers arrive to join his Vaudes. 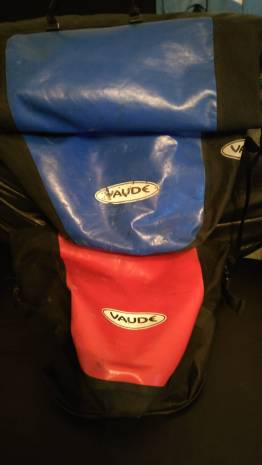 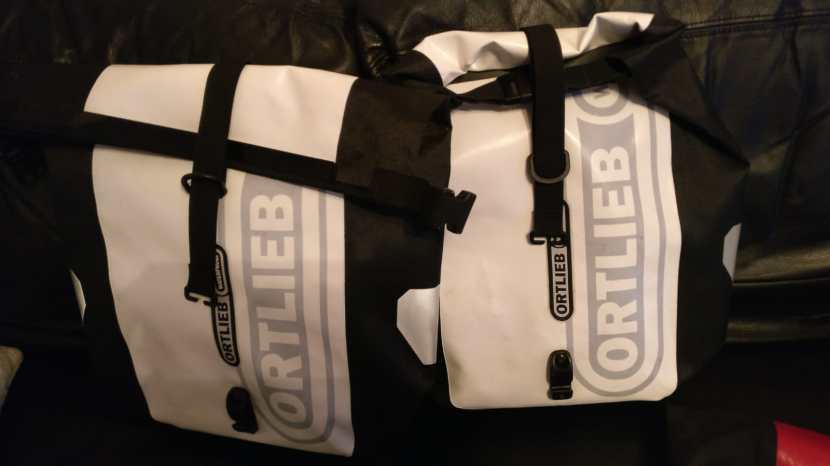 “Hi, I’m glad you like your panniers, I wish you a great ‘adventure’ and keep in touch, I envy you have a great trip. Before you start make sure you fit a ‘mirror’ on your bar, the reason I’m telling you, my mirror saved my life. When you’ve completed your trip, put me down for £100 for your charity. Kind Regards” Darrell Davis

Linford apparently has a bike arriving next week – we think it’s this one. 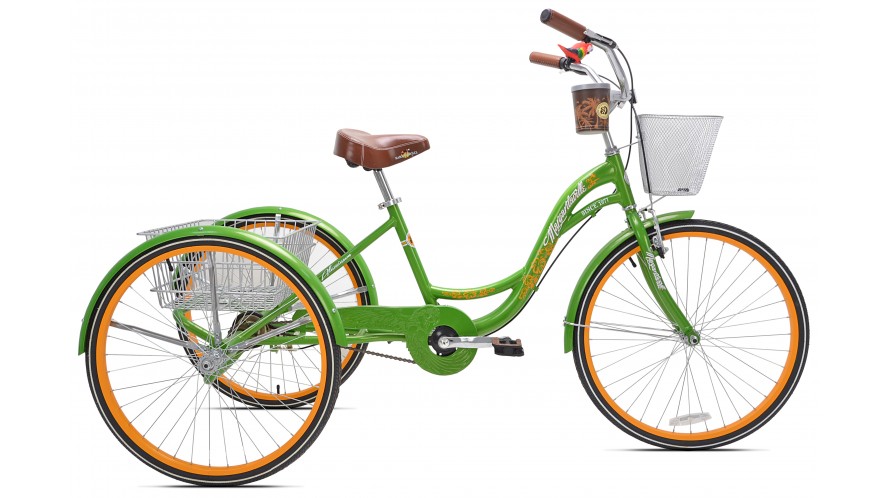 Donate if you can: Thanks

For the Alzheimer’s Society, Fight for Sight and Slideaway