Many thanks to those that have donated so far. The team are very pleased that 10%+ of the target has been raised so far. Onwards & upwards.

Snowdown Colliery Welfare Rugby Football Club finished the season on a high by beating Dover 51-12. Sadly Linford didn’t finish the game but instead aquired a Yellow and then a Red card. Oops.

With only about 50 days to go until departure of the Grand Tour he’s decided now might be the time to start some cycle training.

This w/e ardent spotters of the Lesser Crested Linford will be out in force.

In the absence of any cycling photos from last weeekend here are some photos from previous outings:

Keith got his Russian visa.

Looks like any other inmate of a Russian Gulag. Dale & Linford are making an appearance at the Russian Embassy this week.

Visas for China have been applied for.

Dale went over to Beveren in Belgium to pick up Steve’s Cannondale T700 for the Grand Tour. No doubt it’ll be getting a few upgrades before departure.

Linford also managed to find himself a bike for the tour as well. 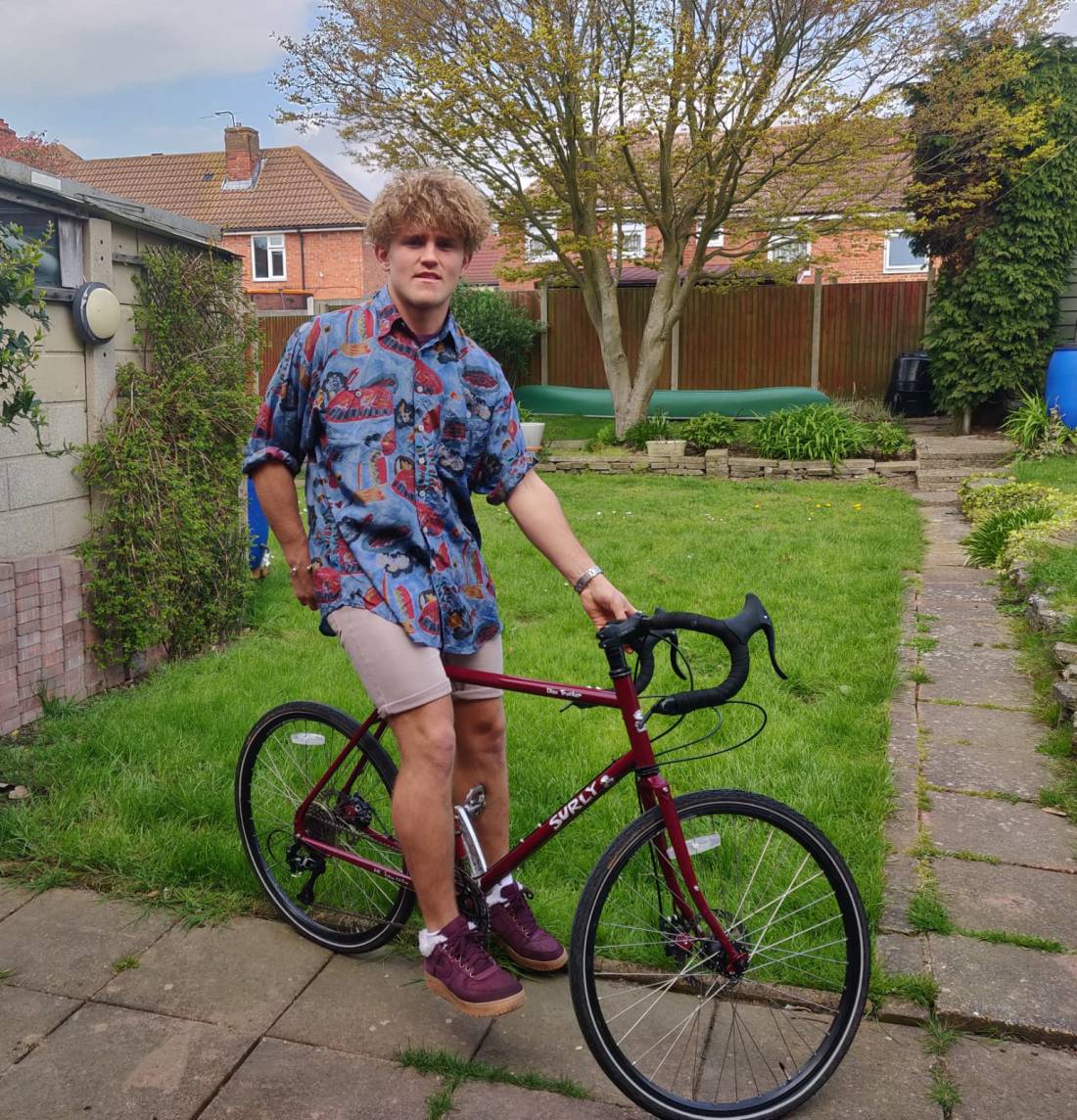 It’s a Surly ‘Long Haul Trucker’ out of Minnesota, USA. Obviously it is yet to be tooled up with racks, panniers and fenders.

One thought on “Training News 4”

On this tour we are supporting 10 year-old Kobi Turnbull who has bone cancer and also again promoting Slide Away for their work in helping bereaved children.

We are hoping to raise £4000 to divide equally between these causes.

You can donate at our JustGiving page here. Many, many thanks.